There a very few cities in India which bears such historical significance as Kurukshetra. In the early days of Indian civilization, two closely related royal dynasties, the Pandavas and the Kauravas, fought for reign of their Kingdom and its capital, ‘Indraprastha’ (now Delhi). A very lucid description of that great war was painted in the great epic, the ‘Mahabharata’.

Though we do not find proper documentation of that war to be considered as historical evidences, a vivid description of that war was found in Mahabharata. The modern Kurukshetra proudly displays the reminiscence of that ancient war.

The history of Kurukshetra can be broadly divided into a few sub divisions, namely the ancient period, the medieval period and the modern period.

The history of Kurukshetra can be traced back as early as pre-Harappan and Harappan era. The potteries found from some of the archeological excavation sites can be traced back to 1700 BC – 1500 BC, the era which is considered as pre Aryan and into the pre-Harappan to Harappan era. Later after the Aryan came to India and settled here. The Aryan civilization, in all probability, might have started around 1300 BC. During the early period of the Aryan dynasty, the battle of Kurukshetra took place.

From the literary evidences and the material evidences, it can be said that the Kurukshetra war took place anytime between 1200 BC to 1000 BC. During those times this place was ruled by king Kuru, after whose name the place was called Kurukshetra (meaning ‘place of Kuru’). After the Kuru dynasty, Kurukshetra came under the influence of Buddhists and the Jains. Material evidences collected from excavation sites indicate the period to be around 600 BC. Later during the Greek invasion led by King Alexander, Kurukshetra came under Macedonian influence. The geographical location of Kurukshetra always led the place to come under influence of the invading army.

The history and culture of Kurukshetra was also enriched by the influence of the Turks (Mahmud of Ghazni), the Huns, the Shaks, the Pathans and the Moghuls. In between these invasions, there came great and strong Indian dynasties who ruled over Kurukshetra like the Guptas, the Mauryas, the Pratihars, the Kalingas etc. These Indian and foreign influences enriched the history and culture of Kurukshetra. The ancient period extended till a little after 1200 AD. During the asncient period of Indian history, Kurukshetra played a significant role and in many cases the invading army into Kurukshetra turned the Indian history. The area of Kurukshetra engulfed almost all of the present Haryana state. 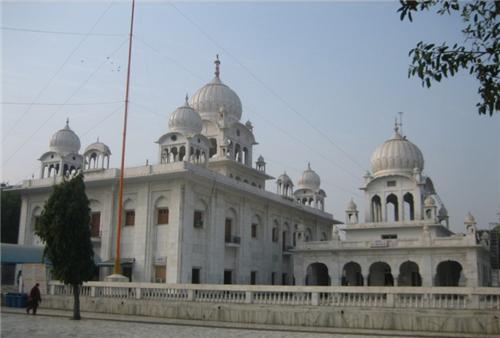 At the end of 1210 AD, Kurukshetra was ruled by Iltutmis and later his daughter Razia Sultana. During this period Kurukshetra was run under a strong and very organized administration. Later, Kurukshetra came under the rule of Alauddin Khilji, followed by Mohammed bin Tughlak. Then Sher Shah came onto power under whom the whole of Kurukshetra flourished. Thanesar was considered to be an important military halt on the way from Delhi to Lahore. He constructed two ‘Sarai’s in Kurukshetra.

The famous road Bengal to Lahore passed through Kurukshetra. During this period Kurukshetra prospered and became an important place. But after his demise weak rulers brought chaos and confusion in this region which was later brought into order during the regime of the Moghul emperor Akbar and the Kurukshetra administration stablised during the latter half of sixteenth century. Till 1707 AD, the strong administrative setup remained till the reign of Aurangzeb. Aurangzeb also brought chaos and misery to Kurukshetra populace through religious favouritism by setting up pilgrim taxes for Hindus visiting Kurukshetra and by building mosques and destroying temples.

The remains of a castle constructed during Aurangzeb can still be seen in Brahmasarovar. Though during these times Kurukshetra was also came under the strong influence of Sufism and Sikhism. After the death of Aurangzeb, weak administration in Delhi again brought chaos into this region and the misery of common people increased during the invasion of Nadir Shah whose sole purpose was to gain through exploitation. The Marathas from southwest took over the reign of Delhi and tried to stabilize a number of times but they could not sustain for long. Some Sikh and Pathan rulers also took over control of Kurukshetra and this state continued till 1800 BC after which the British rulers took over. 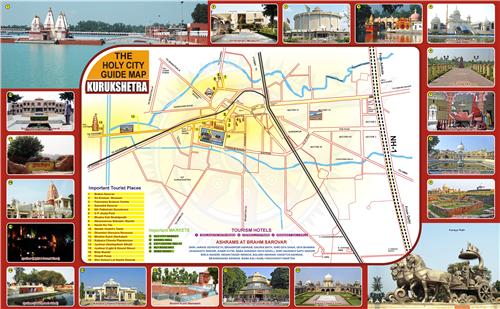 Post 1900 saw the struggle for independence gather steam and it continued till 1947 led by Bhagat Singh, Mahatma Gandhi and other famous political pathfinders. After 15th Of August, 1947 India became a sovereign independent country and the India Administration took over. The Deputy Commissioner of Kurukshetra became an officer of /Indian Administrative Service.
In 1966, after the formation of Haryana state, the area of Kurukshetra was redefined. But the Kurukshetra district was fully created in 1973. Though the Kurukshetra district was reorganized several times during 1979, 1989, 1990, 1996 & 2011, only after 2011 the present formation with 3 sub-divisions, 3 Tehsils and 3 sub-Tehsils took place.