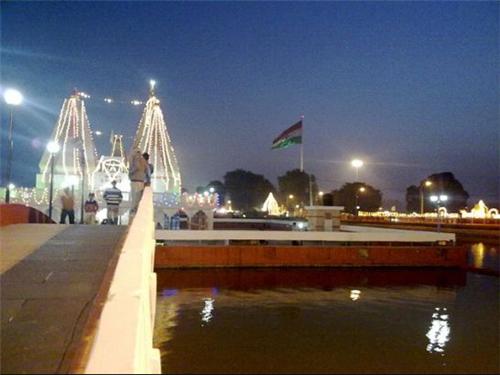 Kurukshetra is a city situated at a distance of 160 kms. from Delhi, the capital of India, on the NH-1 highway. The railway station, known as Kurukshetra Junction, is located on Delhi-Ambala railway line. It is an important place in the state of Haryana. Kurukshetra city is the district town of the district Kurukshetra.

Kurukshetra was the city where history of modern India was made. The story of the biggest epic of India, the Mahabharata, was woven around this place. Even it is said that the whole of Bhagbadgita, the most sacred script of the Hindus, was preached by Lord Krishna, a reincarnation of God, during the war of Kurukshetra, when He tried to explain the truth about this universe and the whole of civilization, religion, beliefs etc. when Arjuna of the Pandavas was in dilemma during the war. 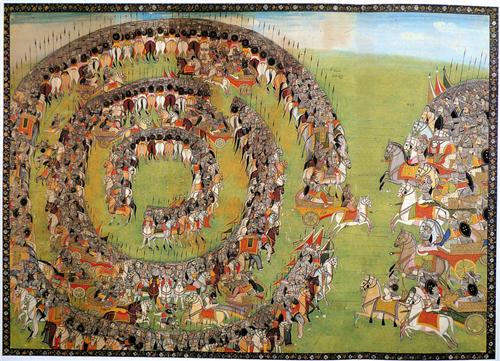 The history of Kurukshetra is very old. During ancient times King Kuru of the Bharata dynasty founded the capital of his kingdom in the place. Thus this place was named after him. In Puranas, this place was also aptly named as Dharmakshetra. The Hindu Sage Manu also authored his famous book Manusmriti in this place. The Rig Veda and the Soma Veda was complied in this place. Kurukshetra was one of the most important cities of ancient India, and finds an equally important place in modern India which lives with the legacy of its rich history. 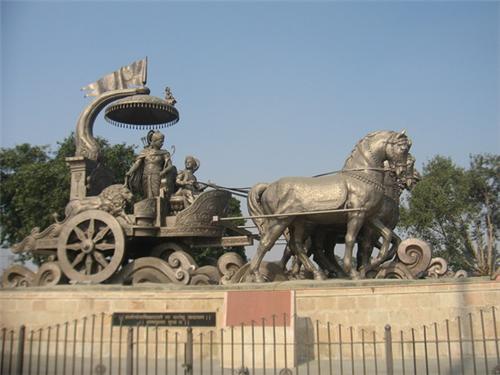 The most famous Sikh Guru, Guru Nanak, stayed in Kurukshetra during his sojourn in Gurudwara  Sidhbati which makes Kurukshetra a must visit for the Sikhs. Also there are many modern infrastructures like shopping malls, hotels and restaurants, food courts etc. equipped with all modern amenities which attract a lot of visitors. Read More, Here. 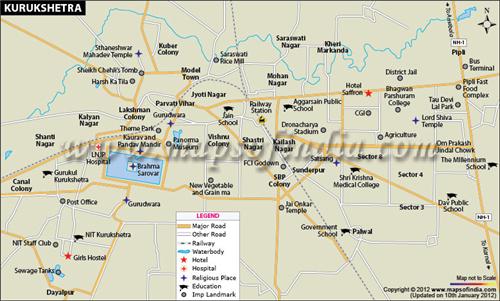 Finance and Economy in Kurukshetra

Sports in Kurukshetra have always played a major role. Kurukshetra have supplied many sports persons in the national scene. Sports complexes, stadia, national coaching camps, sports academies, coaching centers of the Sports authority of India etc. are dotted around the city.

Kurukshetra, being a historical city, is also rich in culture and heritage. The early inhabitants of Kurukshetra consisted of Jaat, Saini, Ror Maratha and Khatri who the native language of Haryana, which is Haryanvi. Also Hindi and Punjabi language is also practiced here. The cultural practice in Kurukshetra have always found root in these languages though in ancient times Sanskrit was the main language of the literate persons of this region.

Kurukshetra, though has no airport of its own, is well connected with the airports of Chandigarh and Delhi through road. Regular private and public transports connect these two airports with the city. One can also reach Kurukshetra by train. The Kurukshetra station named as Kurukshetra Junction can be found on Delhi-Ambala railway line. The local transport facilities for touring within the city are taxis, private carriers, buses and autos.

The climatic condition of this region is a touch harsh. During the summer the temperature rises to around 480C while during the winter season the mercury comes down to near 00C at night. Also mild to moderate rain can be found during July to August.

Two important rivers flow by Kurukshetra, namely the Saraswati and the Markanda. There are also two important canals. One is the Sutlej Yamuna canal popularly known as the SYL canal. The other one is the Narwana branch of main Bhakra canal which passes through Kurukshetra and is considered as the lifeline of Haryana.

The food habit of  Kurukshetra populace consists of both vegetarian and non-vegetarian food. The dishes are typical north Indian food dishes consisting of Roti/Chapati, Chawl, Dal, Sabji, Dahi, Raita etc. and eggs , chicken, goat meat, mutton etc. But slaughtering, selling and distribution of meat is somewhat restricted in this region due to different religious activities all round the year. Though in the city one can find different food courts to suit ones taste.

Emergency services in Kurukshetra are very much available which cater to the Kurukshetra populace.

People can go shopping at variety of shopping outlets, malls, departmental stores and small shopping centers for shopping in Kurukshetra.

All the necessary and important services are available which cater to the day to day needs of the localites of Kurukshetra and people visiting this place.

Societies and NGOs in Kurukshetra

There are many societies and NGOs in Kurukshetra which rise to the local demands whenever necessary.